“IGCEP is a dynamic document that covers the 10-year planning period and is reviewed annually,” said a statement released on Friday.
“This serves as the main document to add new generation capacity to meet future needs in a scientific and systematic way, avoiding the boom-bust cycles of the past.”
According to IGCEP, the country’s energy mix, which is heavily focused on imported fuels, has been reshaped to include key contributions from endemic resources such as hydropower, local coal, bagasse, wind, and solar power at a minimal cost.
Coal, heating oil, and regasified liquefied natural gas (LNG) currently make up an important part of the energy mix.
Oil consumption will drop from just 19% today to 2%, he said.
“Similarly, the use of LNG and imported coal will be reduced from the current 17% and 11% to 11% and 8%, respectively,” the statement said.
“At the same time, the contribution of Heidel and other renewable energy sources such as bagasse, wind, and sun will increase significantly.”
NEPRA approves IGC EP2021-30 to generate cheaper electricity:
NEPRA announced that, with the consent of IGCEP, it will review its 10-year plan to cover electricity needs annually.
Here it is mentioned that the 10-year IGCEP aims to produce cheaper electricity from 2021-30.
According to the distribution issued by NEPRA, the amount of electricity produced is checked every year according to the ten-year plan and scientific methods are used to predict the amount of electricity produced and delivered in the country.
After the IGCEP 2021-30 is approved, electricity will be generated from local resources, and electricity generation from oil from the furnace will be reduced from 19% to 2%.
The plan is to reduce electricity generation from RLNG resources from 19% to 11% and the use of the coal-fired power plant from 11% to 8%.
In its report, NEPRA praised the CCI’s role in approving the IGCEP authorities and stated that electricity generation under the IGCEP would increase to 60% by 2030.
The NEPRA distribution states that the authorities are reviewing the revised IGCEP and that Pakistani GDP is projected to grow 5.134% per year over the 2021-30 period based on the revised IGCEP … for the reasons stated above, it will peak in 2030 the demand is 37,129 MW, compared to 23,792 MW in 2021.
In addition, total energy consumption is expected to reach 207,418 GWh in 2030, compared to 130,652 GWh in 2021. The current installed capacity of the system is 34,776 MW, which will reach 61,112 MW in 2030.
Compensation for the capacity expansion plan delayed:
Planning Minister Asad Umar called a one-time CCoE agenda meeting and urged the state energy minister to finalize the draft of the plan before formally seeking approval from the ICC within two weeks.
Stakeholders also saw CCI in the first week of September amid the urgency surrounding the $ 800 million (including energy) loan program slated for approval by the World Bank’s board of directors. They informed me that the problem needs to be resolved.
After listening to the dissenting opinions expressed by the state, Mr. Umar referred to this subject in order to raise as many subjects as possible so that the State Secretary and State Representatives would have an integrated position. They were instructed to hold meetings two to three times in a row. It will be finalized this Thursday at another CCoE meeting.
The ministers of Balochistan and Sindh states attended the meeting via video link, while CP Finance Minister Taimoor Jhagra was physically present. He said at a meeting that the draft developed by the energy industry was lacking in clarity and that certain problems related to small hydropower projects and transmission lines needed to be resolved first.
On June 29, the National Electric Power Regulatory Authority (Nepra) issued an unapproved IGCEP to the National Transmission and Dispatch Company (NTDC), which prepared the long-term project planning document after being informed of the ICC’s decision on June 21. I returned it. “IGCEP assumptions must be approved by CCI.”
On the basis of the decision of the ICC, Nepra declared that the IGCEP submitted for approval could not be taken into account by him. Nonetheless, Nepra noted that during a lengthy hearing on the IGCEP, various stakeholders, including states and industries, highlighted five areas. NTDC was instructed to present these five areas before ITC reviewed them.
NTDC has reached financial closure or secured funding agreements projects already under construction, projects with PC-I documents approved by relevant federal and state forums, approved power generation from Nepra. They asked me to submit a project that already had a license and fee. . Strategic project within the G2G initiative.
The NTDC was advised to re-submit the IGCEP, revised in the light of the assumptions approved by the ITC, to Nepra for formal approval within 30 days of the Board’s approval of the assumptions.

Sinds Energy Minister Imtiers Sheikh told Umar that his state is not against projects by other states. However, he added that the Sindh government was not materially involved in booking the project or making the key assumptions. The country’s energy minister said the federal government appeared to be unaware of the Sindh government’s troubles as the electricity sector tended not to keep its misleading promises.
According to sources, Mr. Sheikh did not oppose the projects proposed by other states in his state, but ICC-approved policy changes can only be changed by the Council and are subsidiary or sub-forums, emphasizing that they cannot be changed.
He said Category III wind projects had not been approved and the Oracle Thar Coal project was not included in the China-Pakistan Economic Corridor (CPEC). He said Sindh’s solar projects had stalled for about four years while the federal government’s promises on alternative and renewable energy (ARE) were not kept.
The sources added that the electricity sector was holding a council at IGCEP 2021-30 but the issue remained unsolved. Three states in addition to Punjab require IGCEP to include ARE projects in all states that already have power generation licenses and tariffs from Nepra. This list contains approx. 12 wind and solar renewable energy projects of approx. 600 MW.

Question: what is nepra net metering

Ans: With nepra net metering, the homeowner is only billed for the “net” energy used each month

Question: Who is the Current nepra chairman? 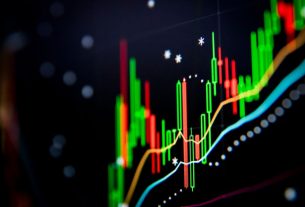 What is Copy Trading 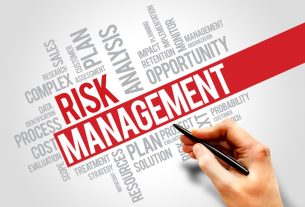 What is Forex Risk Management? Learn The Basics 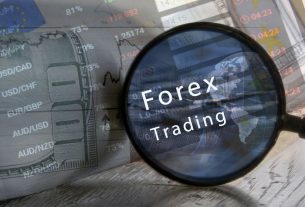