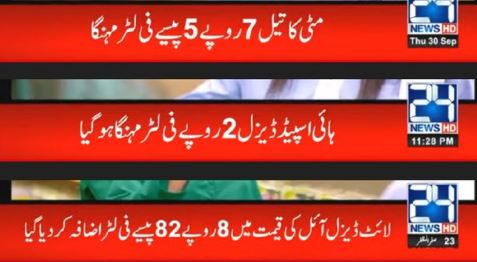 The GOVT on Thursday Increase the price of petroleum by Rs4 per liter and that of high speed diesel (HSD) by Rs2 per liter.

In the interim, the costs of lamp fuel oil and light diesel oil (LDO) were expanded by Rs7.05 and Rs8.82 per liter, individually.

In a public statement, the Finance Division said the Oil and Gas Regulatory Authority (Ogra) had worked out higher oil costs dependent on an expansion in costs in the global market just as conversion scale varieties over the most recent fourteen days.

In any case, Prime Minister Imran Khan had “ruled against the proposal and gave the base expansion in costs to the customers”, it expressed.

The public authority assimilated the higher global tension of costs through a decrease in the oil demand and the business charge, as indicated by the notice.

“Oil costs in Pakistan are the least expensive in the district,” it added.

On Sept 15, the public authority had climbed the costs of all oil based commodities by Rs5 to Rs6 per liter to pass on the effect of higher worldwide market rates and money devaluation.

Petroleum and HSD are two significant items that create a large portion of the income for the public authority in light of their monstrous and developing utilization in the country. Normal petroleum deals are contacting 750,000 tons each month against the month-to-month utilization of around 800,000 tons of HSD. The deals of lamp oil and LDO are by and large under 11,000 and 2000 tons each month.

Under the reexamined system, oil costs are updated by the public authority on a fortnightly premise to pass on worldwide costs distributed in Platt’s Oilgram rather than the past instrument of month to month computations based on import cost of Pakistan State Oil.

Petrol at Rs 127.30 per litre, kerosene at Rs 99.31 in Pakistan as govt continues to increase prices: Reporthttps://t.co/wXYhpvra5v 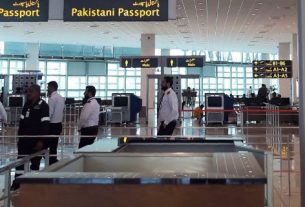